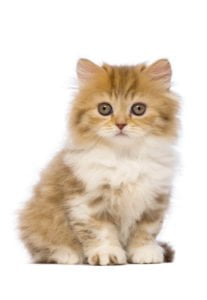 Are you interested in buying this British long hair? Please contact us and ask for availability. We regularly have new litters with cute kittens.

The British Longhair or British Medium Longhair originated during the breeding of the British Shorthair. Sometimes a Persian longhair was used to maintain the stocky character of the shorthair. That is how British Shorthairs were born with long fur hairs. British longhairs or ‘lowlanders’ have been recognized as a breed. They combine the characteristics of the British Shorthair and the Persian cat. The lowlander is therefore also a friendly, child-friendly cat with a heart for the whole family. This purebred cat is a calm and well-balanced pet with less sense of exercise than its short-haired British ancestor. It is an ideal house cat.

British Longhairs have a sturdy and muscular body when given a healthy diet and plenty of exercise. Under their broad, strong chest there are quite short legs. Lowlanders have a round head with a short, wide nose with a small notch. The ears of this purebred cat are small and round. These cats have a long, soft coat that they inherited from the Persian cat. Actually, the coat is considered ‘medium’ because it is slightly shorter than that of its Persian ancestor. The combination of this thick, plush fur and their large, dark beady eyes give these cats a teddy bear-like feel. This breed comes in more than 300 coat variations. This breed is very popular in silver!

Cats with a long coat require more maintenance than cats with a short coat. That is no different with the British semi-longhair. Regular brushing of the coat is certainly not an unnecessary luxury. A British longhair likes to be close to her owner. She doesn’t like it when her things are in a separate room, but she does when she has her own place in the living room. It is not a demanding cat that requires a lot of attention. She will gently indicate that she wants to play with her paw and a soft meow. Playing with this intelligent cat is good! You can even teach her to fetch like a dog. The life expectancy of a British longhair is 7 to 12 years.